This is where you can add new products to your store. 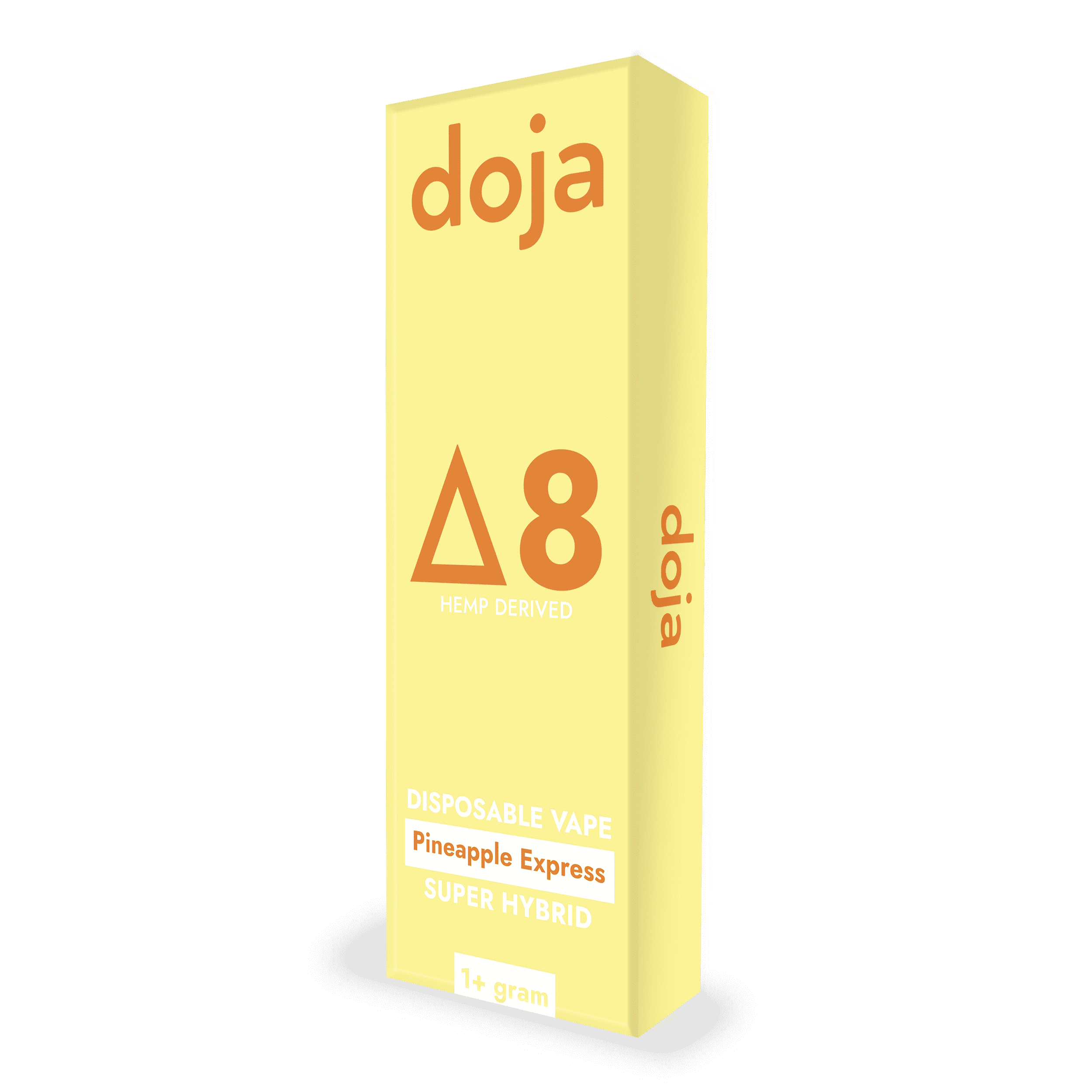 Looking for a premium vaping experience? Check out Doja Hemp’s line of delta 8 vape pens! Our pens are rechargeable and disposable, making them perfect for on-the-go use. Plus, our hemp-based oil provides a smooth, flavorful hit every time. Give us a try today and see what you’ve been missing!

Our vapes use a patented glass CCELL cartridge designed to fit any 510 battery. Our entire vape lineup contains the same premium delta 8 THC distillate you’ve come to expect — but with a twist.

We understand the delta 8 community is new right now. That means there are a lot of companies taking short cuts when it comes to safety, quality, and honesty. We are aware because we started off as customers ourselves.

You have the option to go with any brand out there, while many of them can deliver perfectly fine delta 8, none of them are as obsessed as we are when it comes to details.

At Doja Hemp, we’re committed to creating the highest quality vape distillate products possible. Our hemp is sourced from only the finest growers, and we never add anything to our products that don’t need to be there. Our obsession with quality ensures that you get the best vaping experience possible. Try Doja Hemp today and see for yourself!

What is Delta 8 THC used for?

Delta 8 THC is one of 80 cannabinoids identified in cannabis plants. Delta-8 THC is often used as a treatment for nausea and vomiting, but it can also be utilized to boost appetite.

There are currently no FDA approved medications containing delta-8 THC. Delta-8 THC has also been used experimentally to treat migraines, pain, and insomnia.

Delta-8 THC is a precursor to delta-9 THC, the psychoactive compound of marijuana. A disposable vape pen filled with a cartridge containing delta-8 THC can be purchased from some recreational cannabis dispensaries.

How Potent Is this Delta-8 THC Vape?

This product contains a total of 900 mg Delta-8 THC in each vape, which makes this highly concentrated. The extract is made from hemp derived delta 8 tetrahydrocannabinol oil with trace amounts (less than 0.3%) cannabidiol/cannabis terpenes added for flavor and aroma – it’s as strong as they come!

How Should I Store My Vape?

Keeping your vape safe is important to maintain the potency of cannabinoids. To do so, it’s best that you keep them out of sunlight and dark places like a refrigerator or cabinet where they will last longer than if exposed directly on room temperature surfaces for an extended period time frame before losing effectiveness due too degradation caused by air exposure over long periods as well as light-induced chemical processes such because photolysis which leads directly into photodegradation resulting in color change ( earliest evidenced by yellowing), structural breakdown etc.. The storage environment should be cool but not fridge cold!

The benefits of vaping THC are many. Unlike smoking, vaporizing the psychoactive ingredient delta-8 gives you an efficient way to enter your bloodstream with fast effects that show up after just minutes instead hours or days! Furthermore, there’s been evidence showing higher bioavailability when vapes compared against other consumption methods such as oils tinctures edibles c
As we know so far–Vaporization is actually one if not thee most effective delivery systems because it avoids First Pass Metabolism which results in quick acting medications

The difference between cannabis-derived terpenes and botanical derived
terpenes is that the former refer to those found only in marijuana, while others can be present too. For example lavender has its own type of aroma with antiseptic properties which are actually related to how it’s grown – but they both seem pretty great for your mood!

While there’s a lot of debate about whether the source of these terpenes makes a difference or not — we’ve decided to remain exclusive to the terpenes extracted from hemp.

Many experts believe these terpenes work together with cannabinoids like delta 8 THC to make them stronger, more versatile in their effects, and longer-lasting than they would be on their own. This is a concept referred to as the entourage effect.

Are They Third-Party Tested?

Keeping you safe is our top priority. That’s why we provide batch-specific certificates of analysis for all vape cartridges and other products in the lineup.
Maintaining high quality production standards and transparency are critical to us, so that means keeping an eye out on every detail from cannabinoid ratios down through terpene content – even checking if there might be any residual solvents pesticides or other unwanted substances left behind after processing.